Motera Stadium in Ahmedabad is drawing the world’s attention. It is prepared to host US President Donald Trump. The Municipal Corporation is busy making it prepared for the event and they are adding finishing touches. Apart from that security has been increased manifold outside the gates as the crowd is gathering in from various parts of the city. There are huge preparations going on and security presence can’t be avoided. Though many people is seeing tremendous increase in their business just because of the upcoming Namaste Trump event to be held in the stadium. 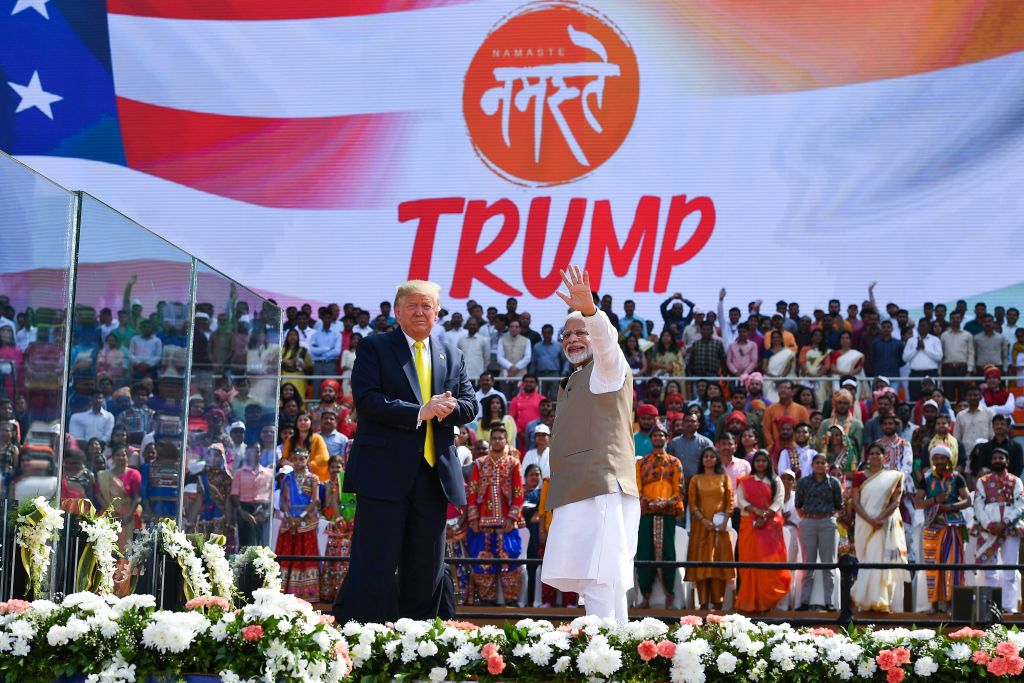 Additional details of the Trump visit

The Trumps are set to arrive in India and visit Ahmedabad, Agra and New Delhi. It is Trump’s first presidential visit to India and this will be his fifth official visit by a serving US president to the country since 2000. Due to the preparations going on for the event, Traffic in Gujarat’s business hub is low at least for the US president Donald J. Trump, three and a half hours visit to the state. Roads are completely empty as people are eagerly waiting for the conduction of the event. The imposing red Gujarat Arts and Science College building complex was empty. Later, the emptiness was broken by the excited crowds as all roads lead to the Motera stadium. This is the place which is going to host to the Namaste Trump event.

Security on the day of the event

There was huge presence of security at every single place. The ubiquitous crane trucks ready to remove any parked vehicle on roads that may hinder the POTUS’ cavalcade. Besides that, Sabarmati Ashram was also quiet with cut outs of Gandhi’s Charkha and photographs and security is also ready. This is going to be very first time ever that a US president will visit the place, which was once home to Mahatma Gandhi. In the Motera stadium, people from across Gujarat had started arriving, and with that police are getting alert. All the men are in Gandhi caps and women in traditional attire. The Motera stadium event is likely to surpass prime minister Narendra Modi’s Hosuton, as just about everybody in the vicinity and beyond prepare to welcome the world’s most powerful president.

Trump has left to visit India on Sunday. The travel will be stretched across 36 hours that is much longer than that of China’s recent visit. Trump is accompanied by First Lady Melania and with that daughter Ivanka, son-in-law Jared Kushner also joined him. Apart from that, the top brass of his administration is also going to visit India. India is looking forward to strengthen its strategic partnership with the US through the president’s visit.