Expectations From Trump’s Visit To India

Eyes all over the world is on US president Donald Trump’s maiden visit to India. His visit will happen in between the acrimony over the trade deals and tariffs. Trump visit is accompanied by first lady Melania Trump and his daughter and son in law. At last first he will arrive in Ahmedabad, from his travel will begin to travel and at last to the national capital. His 36 hours visit is going to bring in lots of expectations for many people across the world especially India and US. 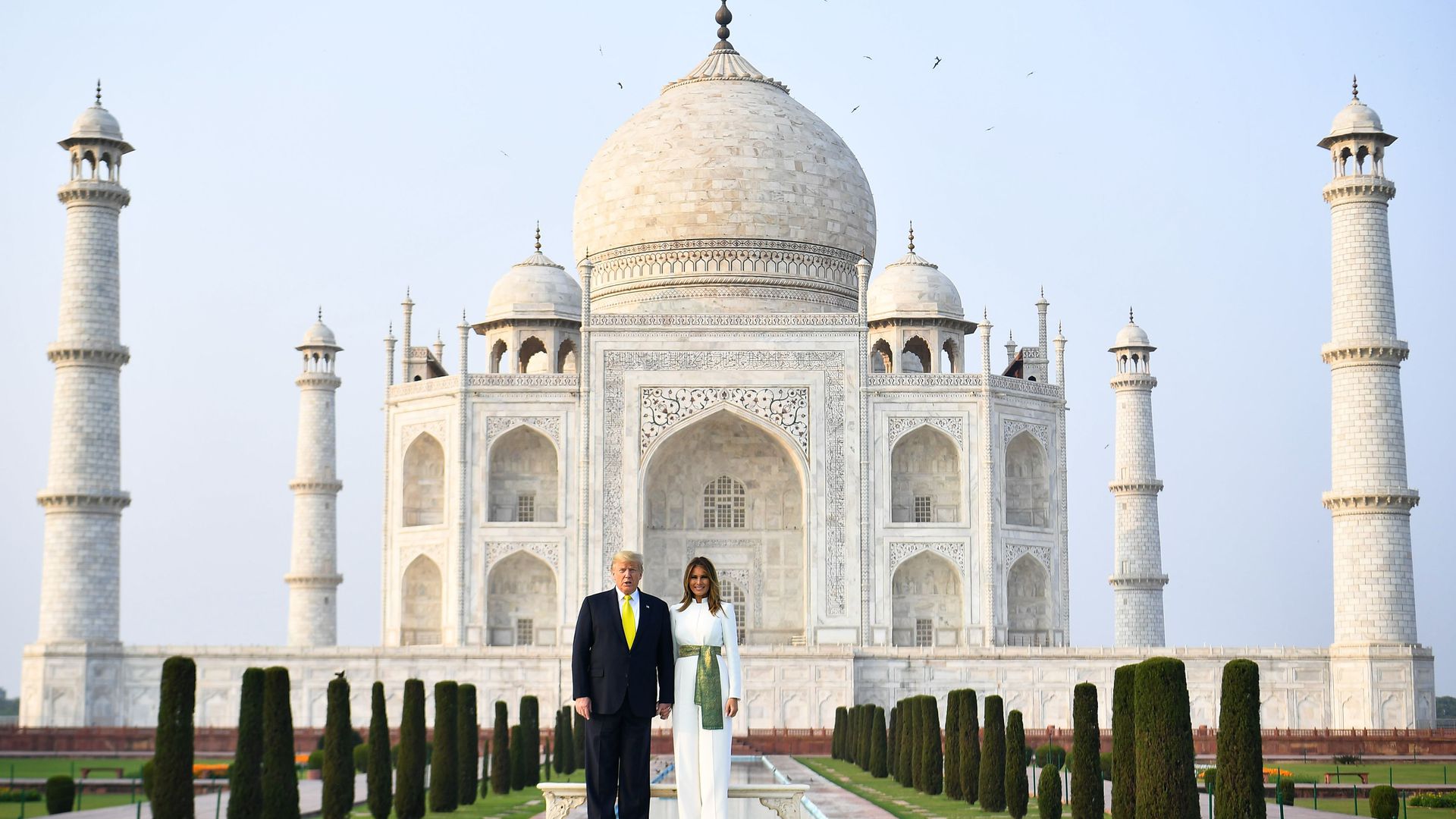 Beginning of the trip

The trip will begin from Ahmedabad, where President Trump will address the ‘Namaste Trump‘ with Prime Minister Narendra Modi at the newly built Motera cricket stadium which is one of the largest stadiums in world. The event will be very similar to ‘Howdy, Modi!’ event.This event was held in honour of Prime Minister Modi during his visit to Houston in September 2019. Even in this event President Trump participated.

Expected route of Trump’s travel to the stadium going to have tens of thousands of citizens as well as artistes. These people will perform arts from different states and Union Territories. People from various parts of the country are being set up along the route, that is the India Road Show. Once the event in the stadium is over then the president and first lady will Agra. There they will spend about an hour at the Taj Mahal before the sunset, and after that depart for Delhi.

On February 25, Trump and the First Lady will be given a ceremonial welcome at the forecourt of the Rashtrapati Bhavan. After which they will visit Rajghat to pay homage at the ‘samadhi’ of Mahatma Gandhi. Later, there will be restricted and delegation-level talks between Trump and Modi at Hyderabad House. Most likely, Melania Trump will visit a Delhi government school and interact with students the same day. Chief Minister Arvind Kejriwal and his deputy Manish Sisodia will brief the US first lady about the “happiness curriculum”. Further, Trump may attend certain private events at the US Embassy, which includes a private roundtable with industry representatives. The US president will meet with President Ram Nath Kovind at the Rashtrapati Bhavan at the evening.

In case of space, both are cooperating in Mars exploration, heliophysics, and human spaceflight and many other related issues. While talking about the commercial front ISRO has launched 209 satellites from the US. ISRO and NASA are together building a microwave remote sensing satellite which is going to be one of the biggest success in space research. NASA will provide L-band Radar, while ISRO will provide S-band Radar and the satellite. This joint mission will be ready for launch in 2022. This is the world’s first dual frequency SAR satellite and not only that ISRO is also working with US government agencies for cooperation in safety of spaceflight.

India and US are expecting five pacts in this president trip to India. One of the important one is counter-terror cooperation, apart from that deepening engagement in the Indo-Pacific region. There will be augmenting defence and trade ties and India’s concerns over H1B visas are some of the most expected pacts between Trump and Modi. These deals are expected to be sealed during Trump visit. Though there were already some announcements on expanding defence cooperation during the visit by the US president. There is already a strong counter-terror cooperation between the two countries was evident after the Pulwama attack last year. Both sides have started a joint tri-services exercise named Tiger Triumph as an annual drill.