US Election 2020: Is Bernie Sanders The FrontRunner?

In the race of 2020 election, people feel that Bernie Sanders is the front-runner in the race to become the Democratic challenger to President Donald Trump. Bernie Sanders likes to call his presidential campaign a revolution, but it is becoming more a rock concert. But the thousands of fans have their cheers for the scruffy-haired 78-year-old candidate. In the recent time so many rallies, meetings, debates and ground-laying were conducted. Now the Sanders campaign is becoming near-nonstop activity that will carry through lots of states across the country. This is truly an impressive test of endurance for a man who was hospitalized for a heart attack few months back. 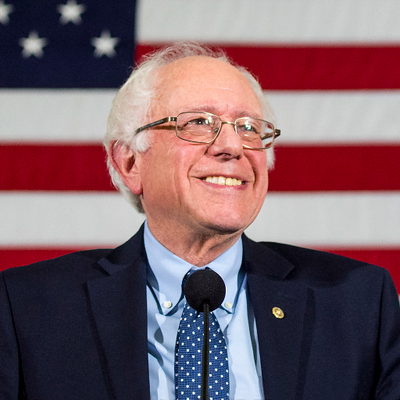 Sanders had his first win in Burlington, Vermont. In the year 1981, he topped with reigning six-term Democrat for the mayoral seat with a margin of just 10 votes. With lots of efforts, he started his early career, and served four terms as mayor. After that he was elected to the US House of Representatives in 1990. He was the first independent politician in four decades. Apart from that, he won his current senate seat in 2007 and is currently he is serving his third term. His elder brother Larry, who lives in the UK is one of the famous social care spokesmen for the Green Party.

In a recent poll, it was found that more than half of Americans would not vote for a “socialist” president. Trump, in most of his rallies, regularly promises to the cheering support that “America will never be a socialist nation”. In a rally of sanders in Newton, a tiny town in central Iowa, the campaign volunteer Krissy Haglund hands out leaflets and at the same time mentions that Bloomberg is a “test for the American people”. This is a simple test to find out that people are willing to believe that money should be out of politics.

Four years ago, it was found that a physician from Minneapolis, stated that American people missed the “gift” that Sanders was offering them at that time. Many people have option between Clinton and Trump to choose from then they opted to vote for the Green Party’s Jill Stein. So, this time many people would prefer to support sanders instead of other candidates. Though number of people believe that Bernie is in the race all by himself and there are no other candidates who are even close. It’s all because of politics it is not that he has earned that from the American people.

The last Friday, it was found that the Democratic candidate was veins candidate, as a Democratic establishment that views Sanders as a meddlesome and disruptive outsider prepares to fight back.At certain times, Sanders was the subject of negative television advertisements from both the left and the right. The conservative Club for Growth that was painted the Vermont senator as an extremist. This said that his health was suspect after his heart attack took place last autumn.

In his campaign, he promises to provide Medicare for all single payer health system. He will eliminate all the medical and student loan debts that are on the people. Besides that, he will provide facility of free public colleges, universities and trade schools. He claims to bring in green new deal which is one of the most important promises. The last one is wealth tax. Over past many years, the electability criticism that has been used as a cudgel against sanders who is a self described democratic socialist.